Ethereum’s Proof of Stake is a consensus algorithm that has been designed to achieve distributed consensus and be considered more efficient than previous proof-of-work algorithms. It can also be implemented in other systems, like Bitcoin or Litecoin

Ethereum is a decentralized platform that runs smart contracts. The Ethereum Proof of Stake (PoS) is the algorithm which determines how block rewards are distributed to miners. 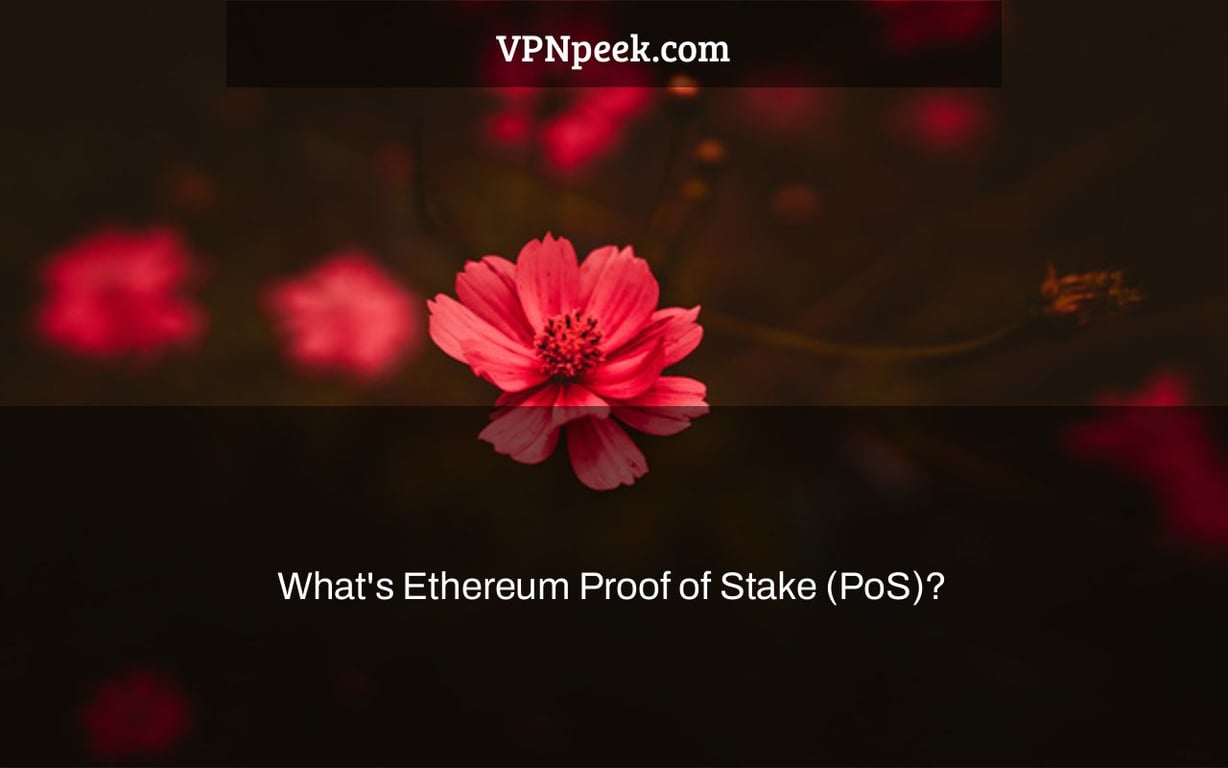 Consensus is the foundation of blockchain technology. Traditional digital payment systems, such as PayPal and Mastercard, have a central authority to guarantee that the same money is not spent twice. In a distributed system like blockchain, however, independent nodes or computers in the network collaborate using a consensus process to prevent double-spending and ensure the integrity and security of the network.

In the same manner, nodes in the blockchain network must agree on a single truth source. Proof of Work (PoW), Proof of Stake (PoS), Proof of History (PoH), and other consensus procedures are among these strategies.

Proof of Work is the oldest method, which was pioneered by Bitcoin and then adopted by Ethereum and other cryptocurrencies. Tezos and Cardona utilize the Proof of Stake consensus, while Solana uses both Proof of History and Proof of Stake. These processes, on the other hand, are intertwined.

Understanding Proof of Work will help you comprehend different consensus processes. This article discusses the Proof of Work system, its faults, and how Proof of Stake overcomes these issues.

Consensus Mechanism Based on Proof of Work

Proof of Work is the most often utilized consensus approach. It was initially introduced in 1992 as a way to safeguard a network against denial-of-service attacks and spam emails. When Satoshi Nakamoto published the bitcoin white paper in 2008, he popularized this strategy. Since then, the PoW has supported the creation of dependable blockchains like Bitcoin and Ethereum.

A blockchain is made up of many layers of interconnected transactions. Additional layers cost time and money to implement, but they are critical to keep the blockchain secure. The main participants in PoW are energy, miners, and nodes.

Nodes are network computers that store copies of the whole blockchain and verify network transactions. Miners are specialized nodes that compete with one another to solve challenging mathematical or cryptographic problems. The first miner to solve it adds the next block, which includes all of the current transactions.

Even while Ethereum currently uses the Proof of Work method, it is expected to convert to Proof of Stake entirely by 2022. The Beacon, Merge, and Shard Chains were designed to be accomplished in three steps.

The first upgrade, the Beacon Chain, was finished on December 1, 2020. Staking was added to the Ethereum network for the first time. Consider it a shard that works in conjunction with the main network.

The Altair upgrade, which was launched on October 27th, is the last enhancement before the release of the second phase, The Merge. In the second phase, the main network and the Beacon Chain will be integrated. At this time, Ethereum Proof of Work will be phased down, which is expected to happen in 2022.

The last update, Shard Chains, will enable the network to be divided into 64 shards. At this time, anybody with 32 Ether and a mobile phone, computer, or other device may act as a validator. More nodes will be able to join the network as a consequence of the hardware independence, promoting decentralization.

Due to the technical challenges required in transitioning from PoW to PoS, there have been speculations over whether Bitcoin would ultimately adopt the Proof of Stake system. If this happens, bitcoin miners who have invested a lot of time and money in the process would be devastated.

Only time will tell whether or not that happens. Nevertheless, it is Ethereum that seems to be gaining an advantage here, and it is this cryptocurrency that is now more profitable to mine, for example thanks to plug & play operating systems such as simplemining.net.

The “proof of stake disadvantages” is a new consensus mechanism that was introduced in Ethereum. It uses the concept of proof of stake to achieve a decentralized network through mining.

Will Ethereum go to PoS?

A: Ethereum is not going to PoS, as it would be too resource intensive. The current plan within the community for Ethereums development (for now) is a hybrid solution that includes both POS and POW.

What does PoS mean in cryptocurrency?

A: Proof of stake is a type of algorithm by which the creator node in a peer-to-peer network can validate transactions without having to put up any money.

How does proof of stake works?

A: Proof of stake is a new way to manage coins and digital assets in which people who help validate the blockchain are given cryptocurrency as an incentive. Its important that these individuals (miners) do not use their power for personal gain, or else it would be considered proof of stake attack instead.