Extract Vocals and Audio from Music with LALAL.AI’s Cassiopeia AI

LALAL.AI, a company that is revolutionizing the music industry by empowering artists from all over the world with AI voice synthesizers and other tools to help transform their voices into unforgettable sounds, recently announced their newest product – Cassiopeia. This revolutionary new machine allows musicians of all levels including singers and DJs alike to extract vocals from music as well as audio signals for remixes or additional tracks

The “vocal remover” is a tool that allows users to extract vocals and audio from music. It uses the LALAL.AI’s Cassiopeia AI which can run on any device with an internet connection. 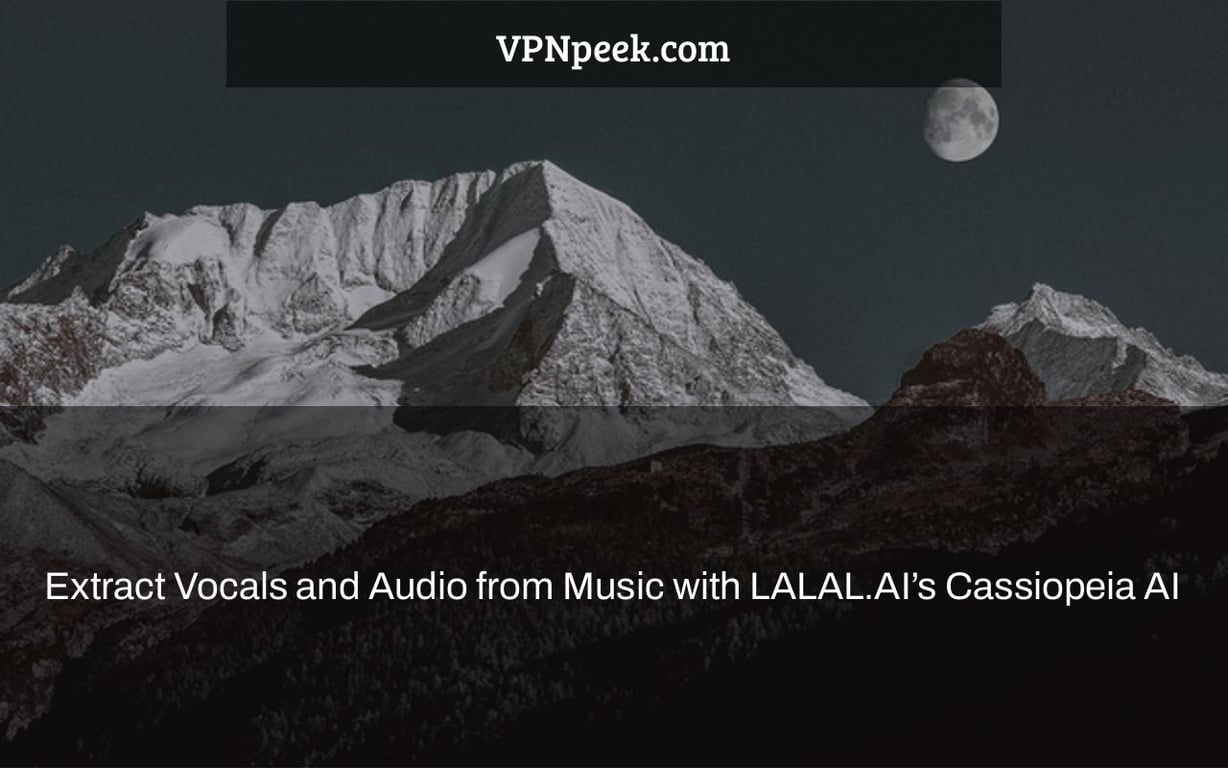 It might be difficult to separate the distinct elements of a song without a real stem, but there is a program called LALAL that can help. AI that is more than capable of completing the task.

LALAL.AI is an internet tool that divides audio recordings into voices and instrumentals in any format. You may unleash your creativity and inventiveness with Cassiopeia AI: karaoke, remixes, film soundtracks – you can chop off voices and backtracks from them with one click with no effort or sound engineering skills on your part. And the whole thing takes a while.

Even while LALAL.AI’s previous network, Rocknet, was also pretty good, the tool has now released Cassiopeia, a new neural network design. It’s a more sophisticated version of Rocknet, the original LALAL.AI neural network, with a redesigned architecture and enhanced features. All of this contributes to better splitting outcomes with fewer audio distortions and strange noises.

It will take a bit longer to construct split tracks using the new LALAL.AI neural network, but this is a minor price to pay for a big gain in quality.

So, what’s the difference?

In essence, Rocknet, which is still supported on LALAL.AI, only considers the amplitude component and ignores the phase component. In certain recordings, this might result in a dry, plastic sound.

The Cassiopeia neural network, which is newer, considers the phase component of the input signal while generating the output signal’s phase. This method reduces the number of audio artefacts in the split tracks.

As a consequence, the new algorithm delves deeper into music analysis in order to provide the greatest splitting outcomes.

LALAL.AI compared their service against Spleeter, OpenUnmix, Extended Unmix, and Rocknet’s own neural network to show that it is more efficient. In most categories, Cassiopeia surpassed everyone else in a variety of genres, including jazz, soft rock, pop, and so on.

However, it’s worth noting that Rocknet still performs better on the vocal channel. Cassiopeia’s vocals have a bit more instrumental penetration.

Cleaner sound separation is achieved by using the Cassiopeia neural network. The instrumentals had practically little impact on the vocal track, which is precisely what you want from an instrument like LALAL. AI

Read this article to learn how to make money with affiliate marketing.

Rocknet’s findings, on the other hand, were still rather strong and could be utilized to distinguish the vocal track from the instrumental track.

If you wish to test out a new neural network, go to the LALAL.AI website and tick the “Use new algorithm” button at the bottom of the page while loading the song.

You may also choose the algorithm’s degree of aggressiveness while splitting the tracks. For most songs, normal works well, but you may try soft and aggressive to discover what works best for you.

To separate instrumental and vocal sections of a recording or film, perform the following:

Mild is the lowest stage of processing. Both the original track’s flaws and the interpenetration of the split tracks may be heard.

The default processing level is normal, with moderate filtering. Although the majority of the flaws have been fixed, certain recordings may still include fake features and high-frequency blurring.

The maximal processing level is aggressive. The filtering algorithms are very sensitive to any flaws. It’s possible that certain recordings’ natural mixing quirks may be misinterpreted as faults and hence eliminated. Artefacts may become much more evident at this degree of processing.

For a limited time, you may try out the Lalal.ai feature for free.