Difference Between Microservices vs. Web Services

Microservices are a collection of small and independent services that communicate with each other to complete an application’s functionality. Web Services take a different approach, in which the user interacts with a single monolithic server rather than multiple smaller ones.

A microservices architecture is a software architecture where the application’s functionality is divided into small services that communicate with each other. A web service is a software system designed to provide data, typically on the World Wide Web, and can be accessed by many different types of clients. An API is an interface between software components, enabling them to exchange information. 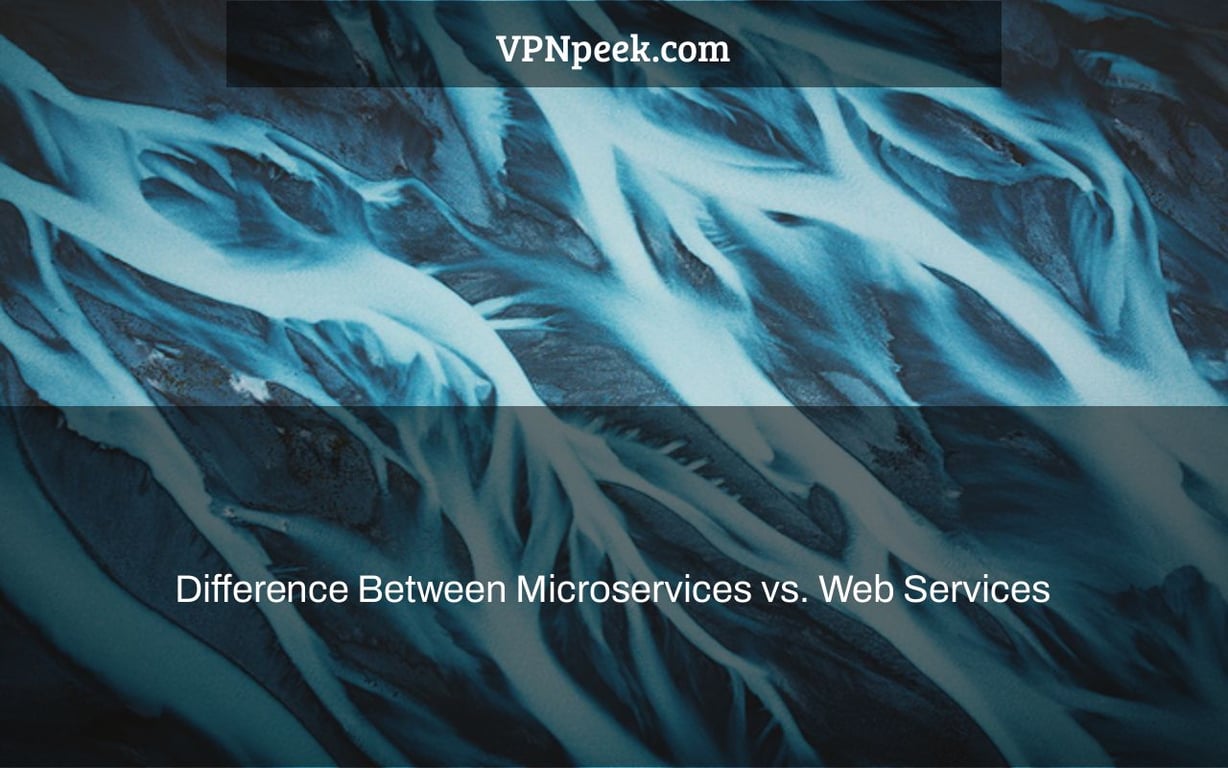 Most individuals get lost in the terminology while talking about technology, particularly when it comes to software. Microservices and web services are two phrases used to describe software products that break them down into smaller, more manageable bits of communication.

To determine if web services or microservices are the best architecture for a given project, consider the overall needs. You could discover that you don’t need either to complete the task, especially if it’s a little software that simply runs on your smartphone or a laptop that doesn’t need a network connection. Let’s take a look at each notion separately.

Microservices and web services are two approaches of defining software that take a variety of goods and make them more controllable and communicable. Each is distinct from the others and serves a distinct role.

Microservices are when you divide down a program into tiny components rather to having one large, all-encompassing application. These are usually separated for unique business capabilities that connect with one another through an interface.

Each component you write is a separate piece of software. The Application Programming Interface, or API, defines the flow of input/output between the other components, assuring atomicity and security while preserving communication among the “members.” You may term them “mini-applications” that communicate with one another. Learn about the benefits and drawbacks of microservices by clicking here.

While microservices may be thought of as tiny software programs, web services are similar in that they interact via a network in a more plain fashion. A single component takes input from another piece of software or extends output across a network using a specified interface and a particular language.

If you’re operating a network with various services or software applications, or if you think you’ll need them in different places in the future. In lieu of microservices, you’ll need to use web services.

How can you know which is more appropriate for your project?

With microservices, you may provide independent teams the flexibility to focus on their own unique business skills. The process of putting things together saves time, allows for easier testing, and allows developers to focus on certain components.

Web services are the way to go if your program has to connect over a network or if the components need to live in different locations. Most software will almost certainly utilize both architectures at the same time, and in certain cases, you won’t need to use either architecture at all.

It’s totally up to you to figure out what works best in your scenario when it comes to manipulating your growth. There is no such thing as a right or wrong manner. You can construct a tremendously intricate network-strong software without using either design if that is your inclination.

That isn’t to suggest you won’t end up with a disaster on your hands that takes a long time to construct and will eventually fail to pass the testing process. The purpose of choosing the optimal software design from the beginning is to create it in a timely and appropriate manner, with favorable testing results, and to the point, it is sturdy enough to withstand modifications without breaking. Go to https://artjoker.net/tpost/eydxcmxc6i-web-services-and-micro-services-which-to/ for help deciding between the two.

Technology is complicated, and the terminology may be confusing, particularly when designing software applications. Many times, corporate owners delegate development responsibilities to the most competent, unclear if web services or microservices would ultimately be the superior choice for their operations.

In a word, microservices are small containers of distinct software programs that are often utilized for business functions, as simply as I can comprehend the differences. These interact with one another, similar to a small residential complex with its own interface.

Web services are distinct in that they connect across a network and may “live” outside of the apartment complex while still communicating with one another through a specified interface.

You may opt not to utilize either of them in some rare instances when they are superfluous, such as while using a smartphone or laptop, but this is a choice you should carefully examine depending on your requirements.

What is difference between Web service and microservice?

A: Web service is a centralized, managed application that delivers content over the web. It consists of many small (micro) services that are separately deployed and run on top of each other. With microservices, different components are developed by different teams or organizations so they can work independently without knowing whats going on in the others codebase.

Is microservices same as API?

A: Microservices are a software architecture pattern that is often compared to the traditional software architectural patterns of frameworks and libraries. They typically consist of independent, modular services (e.g., http servers) that communicate with each other over an open network rather than being bundled together in one monolithic application.

Is web API a microservice?

A: Web API is a set of functions that allow for interaction between multiple web applications and servers. Its not actually specific to one type of server or application, but rather it simply defines the standard format for how HTTP requests should be sent and received from those types of servers or apps.